If enacted, these bills would make Maryland the first state to unilaterally impose what would likely be the largest business tax burden in the history of the State of Maryland on the venture capital industry. While California, Connecticut, the District of Columbia, Illinois, Massachusetts, New Jersey, New York and Rhode Island have also proposed some version of an additional tax on carried interest, Maryland's proposed legislation stands alone because it is not contingent on the same or similar legislation passing in other states. Furthermore, the tax bill would require other Maryland residents who generate income from investment management services, even if the services are not performed in Maryland, to pay the 17% surtax on such income as well.

Their Impact on Venture Capital

As industry veterans based in Maryland for the past 20 years we are unable to comment on the fairness of this bill for private equity partnerships but we can speak for venture capital. As defined by the National Venture Capital Association, “venture capital has enabled the United States to support its entrepreneurial talent by turning ideas and basic research into products and services that have transformed the world. Venture capital funds build companies from the simplest form—perhaps just the entrepreneur and an idea expressed as a business plan—to freestanding, mature organizations.” We would add that the venture capital industry, through financing these products and services, launches a virtuous cycle of startup formation, job creation, income generation, economic growth and taxation. Said simply, without venture capital, the subsequent items are either diminished or destroyed.

In December, we discussed in detail our perspectives on the Carried Interest Fairness Act of 2019 (“CIFA”), a federal proposal that never got passed to treat carried interest as ordinary income, taxed at a federal rate of 37%, rather than the 20% capital gains rate. As mentioned there, the very nature of VC, or “patient capital,” is its long-term horizon, with the average time to acquisition for venture-backed companies growing from 3.5 years as of year-end in 1999 to 6.2 years in 2018, a 77% increase. Similarly, the average time to IPO for venture-backed companies has climbed from 3.5 years as of year-end in 1999 to 6.2 years in 2018, or an increase of 110%. These expanding time frames illustrate how our work is done over a number of years, and should be viewed as a sort of private sweat-equity earned over a sustained period of time spent supporting and nurturing portfolio companies. 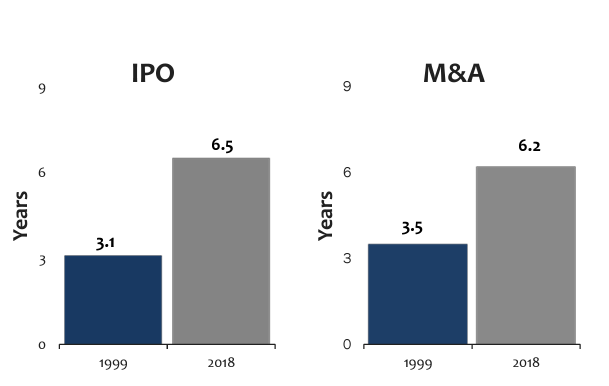 “There is often a misconception that Venture Capitalists are like other investment fund managers in that they find promising investments and write checks. But writing the check is simply the beginning of our engagement; the hard work begins when we engage with startups to help entrepreneurs turn their ideas into successful companies...The reality is that those who are successful in our field do not just pick winners. We work actively with our investments to help them throughout the company-building lifecycle over a long period of time. We often support our portfolio companies with multiple investment rounds spanning five to ten years, or longer. We serve on the boards of many of our portfolio companies, provide strategic advice, open our contact lists, and generally do whatever we can to help our companies succeed.”[4]

Dire Consequences to the State of Maryland

Since our own founding in 2000, Greenspring Associates has grown to manage over $10 billion and employs nearly 100 Marylanders. The Firm has financed over 8,000 companies, a number of which are in the state of Maryland, and which, in the aggregate, have created over 1,000,000 jobs globally since inception as of February 2020.

We have tried as a firm to not engage in political issues, despite many opportunities to do so in the current environment. Aside from the issue of fairness and our ability to conduct business here, we are moved to speak up in the face of these tax proposals due to the dire consequences they pose to our beloved state of Maryland and its residents.

If passed, these bills would strongly incentivize Maryland private equity and venture fund managers like Greenspring Associates to leave the state. This could have the additional unintended consequence of driving Maryland businesses seeking private equity or venture funding to relocate, as well as a mass exodus of other Maryland residents who generate income from investment management services. And because the proposal does not require buy-in for bordering states like the District of Columbia, relocation of these various parties would not result in much inconvenience, either to organizations, their employees or individuals. The economic success of these constituents has long contributed to our state, not only in the form of taxable wages, but also job creation, national recognition, philanthropy and economic growth.

The state could lose a number of institutions and opportunities at a time when it cannot afford to. Recently, it lost financial services firm Legg Mason, the latest in a long string of big business casualties for Baltimore that include Constellation Energy Group, Black & Decker, USF&G, Alex. Brown & Sons and Maryland National Bank, and another blow to the city’s legacy as a regional financial stronghold. Said very simply, the more the Maryland government increases tax through initiatives like these bills, the more it will stifle business growth and the financing of the innovation economy in the state. Entrepreneurs, businesses and residents alike will leave the state in favor of more reasonable tax policy, as they have from New York (63.1% of moves were outbound), New Jersey (68.5% of moves were outbound) and other northeast states.

The problem with this approach to carried interest taxation is that it will do more damage than good to Maryland's state economy, to the detriment of its citizens and intended beneficiaries.

The Casualties: Who stands to suffer the most from this proposed legislation?

1. The State of Maryland, itself: Maryland is currently a story of success for growth in startup activity. In the last decade, the number of venture-backed startups headquartered in the state has doubled and the amount of venture capital invested in the state has tripled. This impressive growth has made Maryland a top 15 state in the nation for venture capital activity. The actual long-term budgetary impact of HB 439 would be a meaningful loss of revenue. Most of this estimated revenue increase will never be realized as the unprecedented disparity in tax burdens would drive out most affected taxpayers, losing both the hoped-for increase in revenue as well as current taxes paid.  But the most significant budgetary impact will be the damage to the corporate and individual tax base if even just a few of these companies who end up being successful instead develop in other jurisdictions, as many are sure to do.

2. Entrepreneurs: People in search of the American Dream creating innovative companies that can change the narrative for their family, our state and all Americans will suffer if they are unable to get access to local financing from Firms like ours. Last year, 145 Maryland startups secured $932 million dollars in venture capital investment.  These entrepreneurs are seeking to build the next generation of Maryland companies, specializing in fields such as biotechnology, clean energy, computer software and hardware. In effect, HB 439 will create a robust barrier against startup capital formation, starving Maryland-based founders and their companies of access to venture capital financing, unless they relocate.

3. Maryland Workers: Loss of local venture capital firms and the financing they provide will result in the loss of jobs and taxable wages - from both the venture capital firm itself and the local companies they back. This is bad for Maryland workers and for the government.

4. Local Service Providers: Local providers of professional services like accounting, legal, IT, public relations, corporate real estate and event venues will lose contracts and revenues from the venture capital firms and venture-backed startups they count as clients. Again, bad for local businesses and for the government. 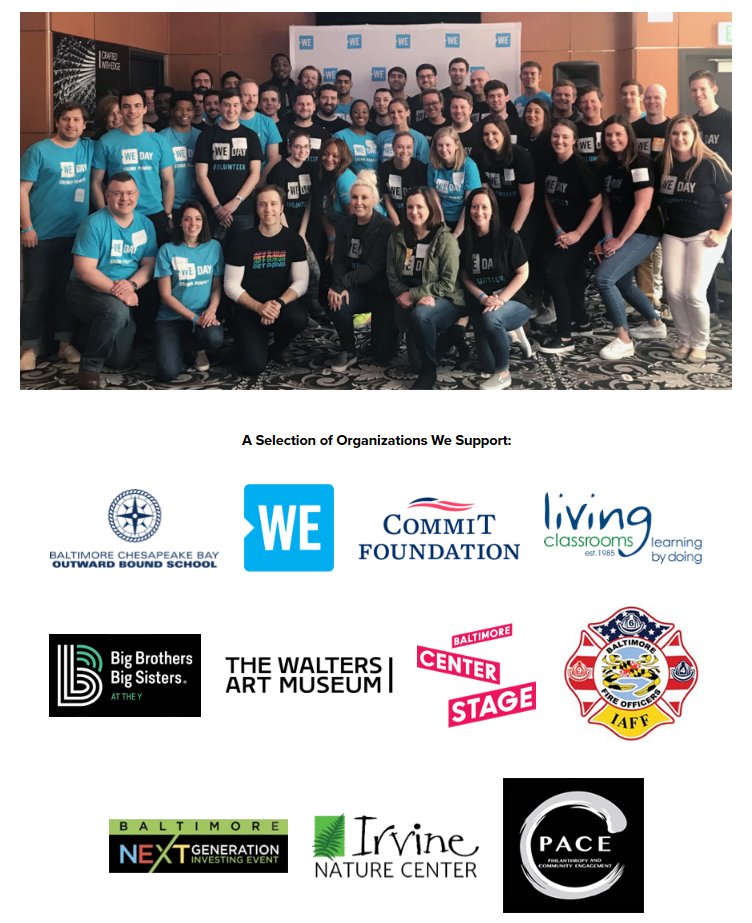 A Call to Action

We urge our state and local governments to reject this damaging bill. Amidst a global competition for talent and capital, Maryland is jeopardizing the future of its own economy through HB 439, costing jobs and reducing state tax revenues. Instead, nurture and stimulate Maryland's venture capital and startup activity in the face of significant disruption to longstanding industries, as a number of other local and state governments outside of the traditional, coastal hubs of venture capital have.

As defenders of the innovation economy and proud Marylanders, we urge our fellow citizens to stand beside us and fight HB 439. Contact your representatives and tell them that, like us, you won't stand for this massive tax hike and its devastating consequences to our state’s economy and residents. Even if Maryland isn't your home, we would argue that this is your issue, too. Because if lawmakers can impede the American Dream in our state, they can do so in yours as well.

(1) Kupor, Scott. Secrets of Sand Hill Road: Venture Capital and How to Get It. New York: Portfolio/Penguin, 2019