Classic albums often have a catchy single or two. These tracks generate the buzz, but oftentimes the B side of the album is where much of its character is further revealed. This analogy is an appropriate characterization of how fund terms are evaluated in the venture capital universe. Our prior piece addressed the “catchy singles,” like management fees, carried interest, and recycling, which receive a fair amount of airtime from Limited Partners and General Partners alike, while this piece will explore the lesser known “B Side” terms that can also be important factors in encouraging or discouraging alignment.

As a venture platform that has been actively allocating capital to funds for eighteen years, we have reviewed our fair share of limited partnership agreements (”LPAs”). Beyond information included purely for the sake of legal disclosure, there are a number of more nuanced terms that we examine with careful scrutiny. In isolation, these terms can be perceived as minor, but collectively, they can have a major impact on three core areas of alignment: economic, returns and team.

Perhaps the most direct form of economic alignment is the General Partner (“GP”) commitment. After all, a meaningful commitment demonstrates the GP’s personal belief in his or her fund’s ability to drive strong returns. So, it is no wonder that conventional Limited Partner wisdom suggests that a bigger GP commitment is always better. With that approach, the fitting analysis is simple: examine the firm’s absolute commitment percentage against industry averages. While an important factor to consider, we prefer to approach this analysis as more of an art than a science. Additional factors worth considering include: the number of GPs, the firm’s typical deployment cycle, the scale of its platform (if multiple strategies are offered), the form in which the commitment is being funded, whether the commitment is made on a pre- or post-tax basis, and, perhaps most importantly, how meaningful the GP commitment is for each involved party.

To illustrate this point, consider two very different firms led by GPs at very different stages in their careers. The first representative example is Greenspring’s 2013 commitment to a firm led by two GPs that spun out of two of the most recognizable and celebrated firms in the industry. Collectively, these individuals deployed approximately $700 million to 60 companies over a 14-year-plus period to tremendous results. As more established investors who had generated economic success for their former LPs, firms and themselves, and who were now targeting a modest size for their new fund, the team’s GP commitment in absolute dollars was of particular interest to us. When we learned that the GP commitment would be sized at $30 million, or 23% of the fund’s total size, we knew that this represented a resounding statement of confidence in the strategy and an assurance that each partner’s undivided attention would be given to the fund.

A representative example on the opposite end of the spectrum is Greenspring’s 2015 commitment to a newly formed growth firm founded by an up-and-coming pair of investors in their early thirties. One was the fastest promoted partner in the history of an established venture firm. The other was the co-founder of a rapidly growing consumer company. Despite momentum in their previous investment and operating endeavors, the vast majority of the venture partner’s prior portfolio companies were unrealized, as was the company co-founded by the second partner. As a result, neither individual had generated the liquidity required to make an outsized GP commitment. With Greenspring’s guidance, the firm decided upon a 2% GP commitment, which, based on the firm’s $125 million fund size, translated to $1.25 million per partner – much lower than the prior example in absolute dollars, but similarly meaningful. In this scenario, we would argue that a larger GP commitment might actually have been harmful to alignment and, in turn performance. If the two partners were too financially extended by the GP commitment, they could shy away from taking the necessary risks to generate strong performance, instead erring on the side of investing in companies with marginal upside.

A second point of economic alignment where it pays to read the fine print is the treatment of ancillary deal-related fees. These fees can include, but are not limited to: director’s fees, consulting fees, monitoring fees and break-up fees. For some funds, especially those in the space of traditional private equity or growth equity, having the ability to charge these fees to the partnership is a convenient way for the management company (a common term for the firm itself) to avoid paying operating partners, outside due diligence consultants, and even internal team members via board-of-director compensation. Despite the fact that ancillary deal fees are not accumulated with as much frequency in the venture capital arena, given most firms conduct due diligence without the help of outside parties and board directorship positions are rarely compensated, firms that feature clear language where management fees are reduced to offset any of these fees incurred ensure the best possible alignment.

Beyond recycling, which we explored through an in-depth mathematical analysis in our prior piece, we would argue that a second crucial element in helping GPs maximize returns for their investors is ensuring that their LPAs provide them with enough flexibility to execute their strategy as they see fit. In other words, we believe that overly severe investment restrictions on company, sector, or geographic concentration can actually be detrimental to returns. One practical example of the power of appropriate flexibility is a Greenspring fund manager that has developed a reputation for having an uncanny ability to correctly identify value-driving portfolio companies early in their lifecycle and building concentrated positions in these assets. In fact, in the three mature funds in which we have invested, the cost basis of the firm’s top five holdings is 74%, 47% and 25% of each respective fund size, with the largest single deal representing roughly 20% of one fund’s total capital commitments. Based on current carrying value and realized proceeds, these deals are expected to return 9.30x, 2.57x and 0.84x of each fund’s total size. Needless to say, the data provides conclusive evidence that the firm has, in fact, earned its reputation. In our estimation, effectively backing the winners has been the single most important driver of its consistently strong performance. As a result, we would continue to wholeheartedly support the firm if it felt compelled to allocate 20% of its fund size to the company in its portfolio exhibiting the greatest breakout potential. While we acknowledge that it is our responsibility as a Limited Partner to set rough boundaries to ensure that the manager’s strategy balances upside with appropriate risk management, we shy away from suggesting overly restrictive investment covenants. After all, our commitment is a vote of confidence in that manager’s ability to execute their articulated strategy.

The key person clause is perhaps the most concrete term binding the GP to the fund. It is one of the few areas within the LPA that seems to speak for itself. But there are important characteristics to weigh when evaluating this clause. We believe that the key person clause should be treated as living and breathing. It should be monitored each fund cycle to determine which partner(s) should be included in light of any changes in performance, internal dynamics or market conditions. As such, we are interested in analyzing the current and projected performance of the manager on a granular, company-by-company basis. We look to determine which partner is responsible for the sourcing and execution of each prior investment. Sometimes this process is not cut and dry. It can take multiple calls to other sources in our network to determine the origin story behind who sourced the deal, and which partner took an active leadership role on the board post-investment. Beyond attribution, we do our best to take a forward-looking approach, evaluating the future return potential of a partner’s active deals, acknowledging that past performance in isolation is often not overly indicative of future success. Our assessment of the future value of unrealized companies, whether trending positively or negatively, can significantly alter our view of which partner is most vital to success. Qualitatively, we consider the engagement of more established partners in new fund iterations and the potential of “less proven” partners. Ultimately, each factor is a clue in assembling a holistic view on which partners we believe will be responsible for creating a disproportional share of the value created by the fund in question. Ultimately, we are looking for alignment between our conclusions and what is memorialized in writing. If our investment thesis centers on the strength of a handful of investment partners, we are hyper-focused on the key person clause to create true team alignment.

While the governing documents of funds are now chock full of legal disclosures, a number of key terms are absolutely vital to promoting behavior that can either serve to enhance or diminish the alignment between the General and Limited Partners. It is our goal to point these out as a means of increasing awareness around their importance. 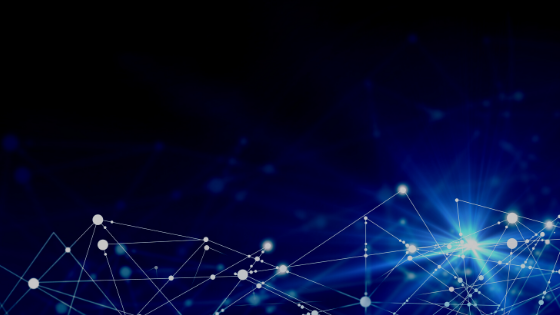 We are excited to announce the launch of Nothing Ventured, Nothing Gained, a podcast about Limited Partners who think differently about allocating to ... 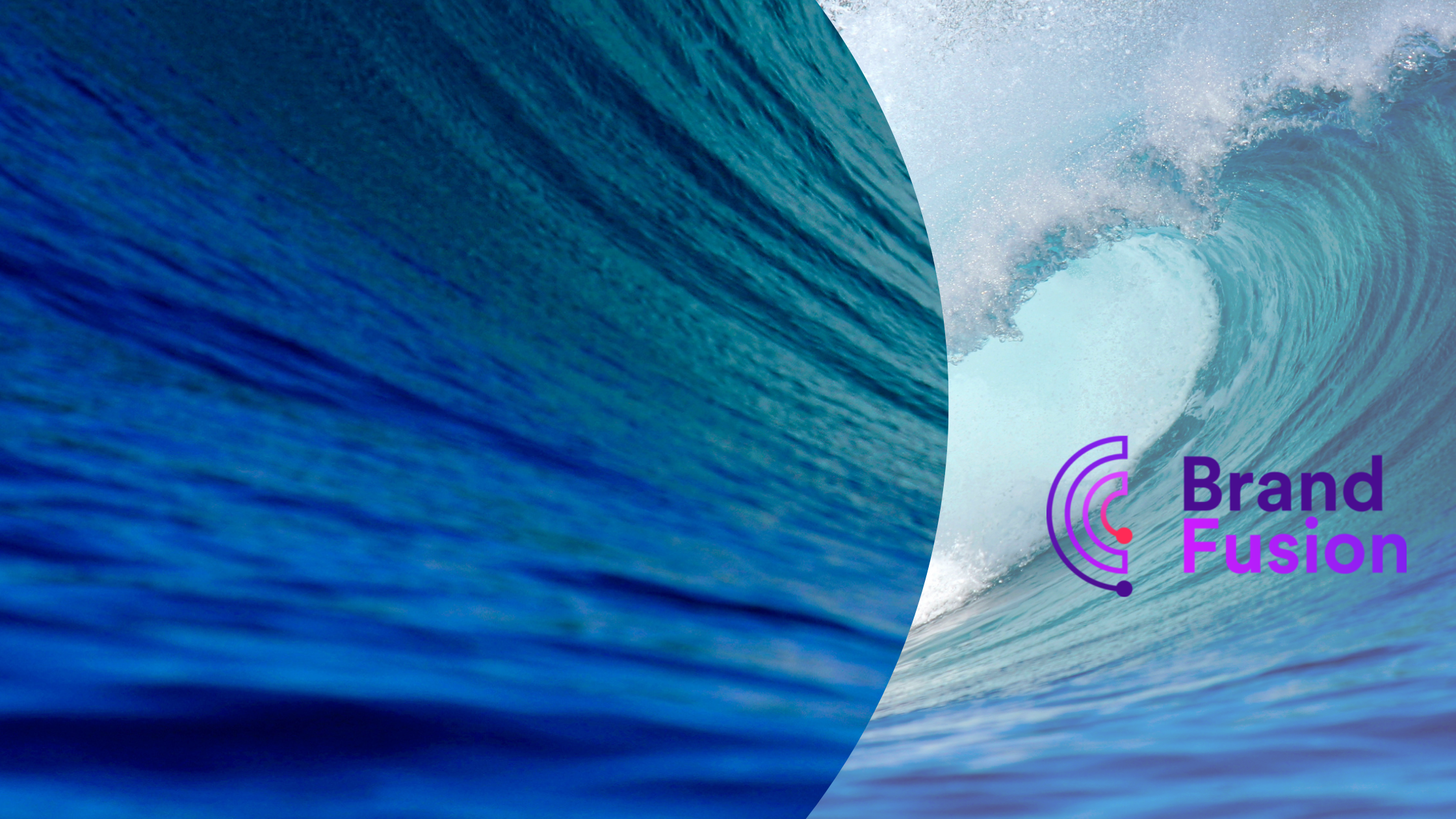 Greenspring Associates’ Portfolio Impact program is dedicated to leveraging the firm’s network among corporates for the benefit of the funds and ...

Unlike other forms of private investment, venture brings significant human capital to bear in the form of acting as a strategic advisor to the ...